Masterpieces from the Christian Museum on view in St. Pölten 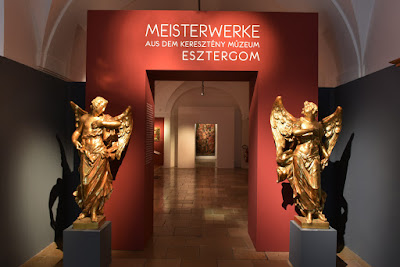 The Christian Museum of Esztergom is the largest ecclesiastical collection in Hungary, conserving European and Hungarian works of art from several centuries. Opened for the public in 1875, it became the third most significant picture gallery in Hungary, closely following the Museum of Fine Arts and the Hungarian National Gallery in Budapest, mainly on account of its Hungarian, Italian, Netherlandish, German and Austrian paintings. Besides the late medieval works of art also the baroque and modern collections, the exceptionally rich collection of the decorative arts, and the collection of prints and drawings are significant. The museum was invited by the Diözesanmuseum St. Pölten in Austria to exhibit around 100 pieces of its collections. The aim of the exhibition and its accompanying catalogue was to offer a view for the German-speaking visitors on the quite unknown and thus for many people surprisingly rich and manifold collection of the Christian Museum and at the same time make the history of Esztergom and of its collections more well-known.

Emese Sarkadi Nagy, researcher at the Christian Museum has provided an overview of the exhibition for readers of the Medieval Hungary blog. Her text follows below.

The material was selected in a way to mirror the diversity of the complete collection, thus objects from the Middle Ages to the twentieth century from several territories are present; however, the most valuable pieces were not allowed to travel for reasons of conservation. A small selection of the exhibits represents the Old Hungarian Collection of the Christian Museum. A considerable part of this collection is formed by panel painting and wood-sculpture originating from the (in medieval times) mainly German-speaking mining towns of so-called Lower Hungary (part of present day's western Slovakia). Workshops of these mining towns produced pieces of liturgical furnishing for a number of parish- and abbey churches of the region, among which are also pieces for the Benedictine Abbey of Garamszentbenedek (Hronský Beňadik, Sankt Benedikt). Besides the famous Calvary-altarpiece of Thomas de Coloswar, dated to 1427 and the wooden Lord's coffin dated to the 1480s (neither of which could be transported to the Austrian exhibition), a number of 15th and 16th century altarpieces and fragments of altarpieces were collected/saved by the founder of the Museum, cardinal János Simor at the end of the 19th century and brought to Esztergom. Two panels of a Calvary altarpiece from 1495 stand for the furnishing of the Garamszentbenedek Abbey in the exhibition. A panel depicting three female Saints, belonging once to an altarpiece originating from Sáros County (Comitatus Sarosiensis), mirroring probably Polish influences, stands for the painting of this more eastern region. 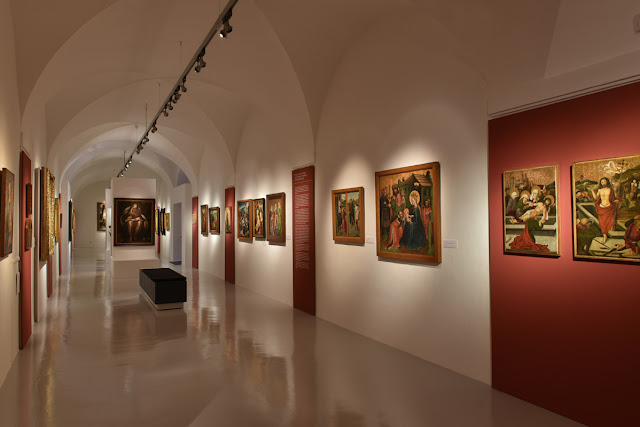 The Hungarian material presented in the exhibition makes organic part of the period's Central European art and often reflects Netherlandish influences, just as Austrian and German painting of the same period does. The latter two regions in most cases transmitted to Hungary the innovations of 15th century Netherlandish painters, like compositional solutions, detailed, often real landscape- and town-representations in the backgrounds, adaptation of well-known, fashionable graphical sources. Thus, standing in a logical relation with the Hungarian part of the medieval material, these features can be observed on the St. Pölten exhibition also on some Austrian, German and Netherlandish panels. (The Madonna of the Wheat by the Master of the Hallein Altarpiece, an Adoration of the Magi from Salzburg, two little panels from Wolf Traut's circle - earlier attributed to Hans Schäuffelin, a depiction of St. Agnes from the Northern Netherlands etc.) 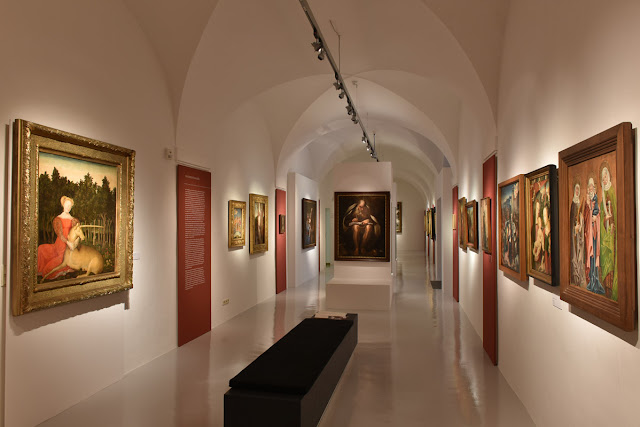 An important cache of medieval goldsmith works was found a few years ago, it was announced last week. The treasure was found by a man digging in his backyard in Wiener Neustadt. He, however, only took an interest in the objects quite recently, finally bringing them to the Austrian Office of Monument Preservation. On Friday it was reported that about 200 pieces were found - rings, brooches, other jewels, most apparently dating from the 13th-14th century.


Currently no detailed information is available on the find, but several pictures are already circulating on the internet. The image on the left is from this report by Der Standard, but the same photos released by the Bundesdenkmalamt have been published in many other places. The Austrian weekly profil was the first to report on the find, and The Associated Press also reported on the treasure - finally the story was picked up by several news outlets worldwide. The Bundesdenkmalamt of Austria will provide more details at a press conference on May 2nd.

The author of this blog of course would like to know whether any of the objects can be identified as of Hungarian origin.

Update: here is the report on the press conference of the Bundesdenkmalamt, where some of the objects were put on display.