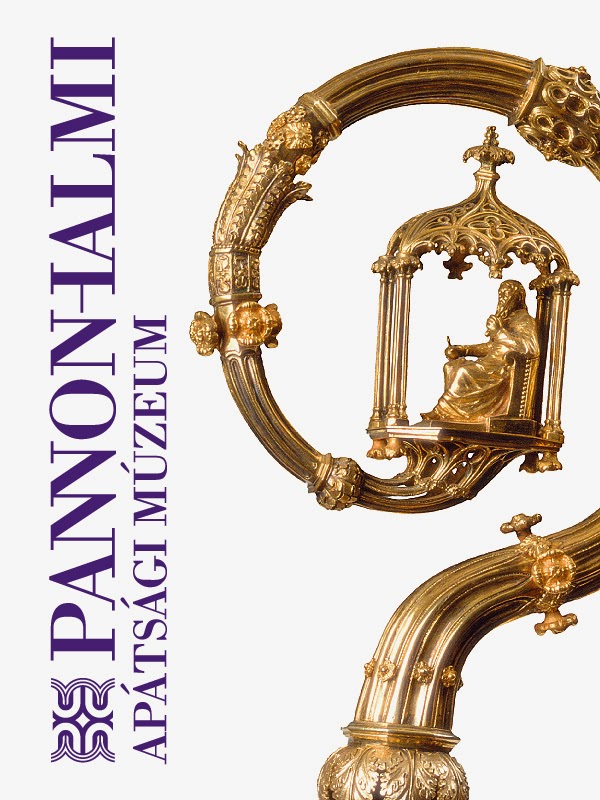 For several decades now, the Benedictine Archabbey at Pannonhalma has also served as an important exhibition venue. Perhaps most memorable for medievalists was the 2001 exhibition dedicated to Benedictines in Medieval Hungary, and titled Paradisum plantavit. For a long time, there has been a permenant exhibition space in the abbey as well, but only a very small part of the abbey's collection was on view. This year, a new abbey museum and visitor center opened at Pannonhalma, in the former manor building belonging to the abbey. This museum is the home of a new permanent exhibition of the abbey, and includes an exhibition of medieval stone carvings from Pannonhalma, as well as a good selection from the collections of the abbey. The new space created an opportunity to display some elements of the medieval building which were previously not visible, such as elements from the 13th century cloisters of the abbey (which was rebuilt in the late 15th century). The collections of the abbey include goldsmith works, important manuscripts, a good ensemble of paintings, sculptures and liturgical objects, among other artworks. The new exhibition was arranged by Imre Takács, noted medieval art historian and the curator of major exhibition at Pannonhalma in 1996 and 2001. This collection can be browsed online as well - in a database which at the moment seems to be available only in Hungarian.

In 2014, visitors also get a chance to visit two intertwined exhibitions. Since March 2014 the exhibition Icons and Relics: Veneration of Images between East and West (March 21 – November 11,2014) can be visited in the in the “old” exhibition hall of the monastery. Another exhibition opened in July in the newly opened Abbey Manor Visitor Centre and Museum. Titled Image and Christianity: Visual Media in the Middle Ages (July 10 – November 11, 2014), which focuses on western European liturgical art. To cite the curator, Péter Bokody: "The aim of the exhibitions is to show to the viewer the various forms and media of image-worship in medieval Christianity. The exhibition Icons and Relics presents the intertwined history of image-worship in the East and West through a comparison of the cult of images and the cult of relics, together with the genesis of the painted panel. The exhibition Image and Christianity focuses on the same development from the perspective of the visual media in the Middle Ages, where the spread of the painted panel in the West is interpreted in the context of mosaics, stained glass, murals and book illumination. The point of intersection between the two is the Latin Sack of Constantinople in 1204, since both the intensified forms of image-worship and the visual medium of the painted panel became central in Western Christianity after that."