What's next for the Medieval Hungary blog?

Regular readers of this blog may have noticed that I haven't posted here for a while. The reasons for this are manifold - among others, I don't seem to have as much time these days as some years ago. Also, I feel that the importance of this blog has decreased in the last few years. When I started this blog ten years ago, it was very hard to find up-to-date information about the art of Medieval Hungary. Thanks to numerous new publications and online resources, the situation has improved considerably in recent years. Most importantly, a new English-language survey book is now available on the subject, providing up-to-date information. Those who would like to find publications on more specific subjects, I can now advise the consultation of the annotated bibliography I put together for Oxford Bibliographies in Art History. It is a rather comprehensive bibliography on Art and Architecture in the Medieval Kingdom of Hungary and can be consulted online (with a valid institutional subscription).

In addition, the digitization of museum collections (such as the Museum of Fine Arts/Hungarian National Gallery, the Hungarian National Museum or the Christian Museum in Esztergom) and library collections of medieval manuscripts (see especially the new database of the Bibliotheca Corviniana) make a lot more material much more accessible. In other words, it is much easier for English-speaking scholars to find information about the art of Medieval Hungary than it was a decade ago.

Therefore, I feel less pressure to regularly post new information here. This does not mean that there will be no new posts here - but definitely not with the regularity characteristic of this blog until about 2017. I've looked at the blog stats now - there are about 5000 page views here per month, with the most popular posts each getting that many - hundreds of thousands of page views in total. This tells me that there is still a need for this resource.

What do you think? How did this blog help you over the years? Let me know in a comment.

During the last year or so, most publications of Hungarian museums have been digitized by the company Arcanum. The database can be reached from the central information portal of Hungarian museums, MUSEUM.HU. The publications range from historical reviews to archaeological and art historical journals. All journals as well as many catalogues (900.000 pages total) have been made accessible in a central database. The website and the database are in Hungarian, but many of the journals and books themselves are more accessible, as they are often in English or German.

Unfortunately the interface is extremely cumbersome (I've been using JSTOR and similar databases for many years, so I know that it is possible to do this kind of job well). While the site has a powerful full-text search engine, it is difficult to browse through publications. New windows keep popping up and every page is in a separate pdf file. There does not seem to be a way to provide direct links to publications (well, you can link to them, but the results won't load), and you cannot download PDF versions of full articles. Another problem is that several digitized volumes are not accessible, as some museums did not allow the online publication. However, these have also been built into the database, so references to them will appear in search results - but you will not see them (this is the case with many publications of the Museum of Fine Arts and the Hungarian National Gallery).
The resource can still come in handy if you need to look something up in the Journal of Veszprém County Museums or if you need to find a quick reference about a specific place of monument. The database contains nearly all the publications of Hungarian county museums, and the journals and some catalogues of large state museums.


If you are brave enough to navigate a Hungarian-language database, you can find several important publications. These include for example catalogues of medieval goldsmith and bronze objects at the Hungarian National Museum. For these, scroll down on the opening page to "Magyar Nemzeti Múzeum" to find "Catalogi Musei Nationalis Hungarici. Seria Archeologica", and these volumes there:


Of museum journals, Ars Decorativa, published by the Museum of Applied Arts (you can find it as "Iparművészeti Múzeum") contains studies on the decorative arts in English, German, and French.
For medievalists, the publications of the Monument Protection Office ("Kulturális Örökségvédelmi Hivatal") are also very useful. They are generally in Hungarian, but with summaries in foreign languages.


A similar database has been prepared from the publications of the Hungarian National Archives, which include numerous medieval source editions.
Posted by Zsombor Jékely on 9/17/2010 No comments: 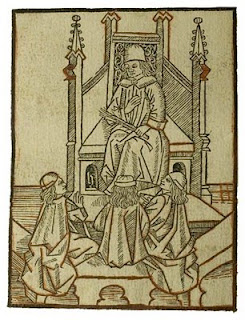 Ernő Marosi, the doyen of Hungarian art historians, celebrated his 70th birthday this Spring. To celebrate his birthday, a conference was held at Budapest's Eötvös Loránd University, where he was asked to respond to each and every paper (Disputatio de Quodlibet) - an event, which proved to be a great success.
Ernő Marosi was also presented with a beautifully prepared Festschrift, written by a team of international scholars, focusing almost entirely on the history of medieval art in Hungary. Apart from a few studies in French and German, the entire volume is in English - thus accessible to the international scholarly community. Titled Bonum ut pulchrum, the study collection provides a much-needed overview of the questions in the focus of Hungarian art historical research. The book is available from the Art History Research Institute of the Hungarian Academy of Sciences.
The book was presented to Marosi at the Hungarian Academy of Sciences on April 16th, here is a report on the event. 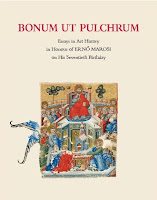 The contents are available in the Union Catalogue of the Art Libraries Network. 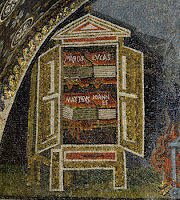 When working on the art of the Middle Ages, it can be sometimes hard to find a specific book or article if you are based in Hungary. Online resources such as BHA, Art Index or JSTOR are not always available, and there is no central catalogue for art history libraries.

To find a citation, I suggest the following three free resources:

RI OPAC within the context of the Regesta Imperii Online

Once you know what you need, here are the online catalogues of those libraries in Budapest, where you are most likely to find the book or article:

Library of the Art History Institute of the Hungarian Academy

Library of the Museum of Fine Arts

Library of the Museum of Applied Arts

Library of the Moholy Nagy University of Art and Design

University Library of Eötvös Loránd University, Budapest - the OPAC includes the holdings of the Library of the Art History Institute

Joint catalogue of other museum libraries

Can't find it in Budapest? The most important specialist library close to Budapest is the Library of the Art History Institute at the University of Vienna