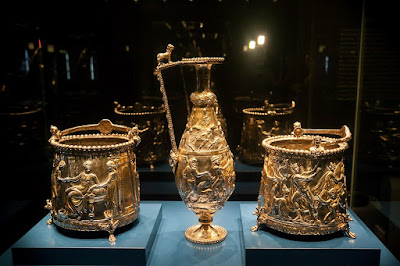 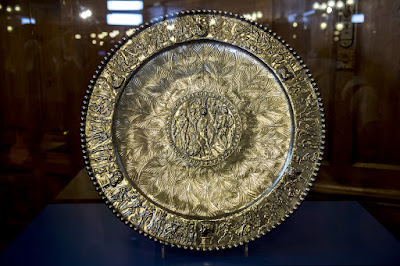 Three years after first part of the Seuso Treasure returned to Hungary, the second half of the Roman-era silver objects were acquired by Hungary, it was announced by Prime Minister Viktor Orbán and László Baán, director of the Museum of Fine Arts on July 12th. Over the past few years, the government had negotiated with two family foundations on compensation for handing back the treasure, which Hungary claims rightfully belongs to the state. The government paid 28 million euros for the second tranche, paid as "compensation fee" rather than a purchase price.


The 4th century Seuso Treasure was found in the 1970s near lake Balaton, and then smuggled abroad. You can read more about its history in my post from three years ago. For more information, read this two-part overview written by Mihály Nagy for Hungarian Review, published after the return of the first half of the Treasure: Lifting the curse on the Seuso Treasure, Part I. and Part II. 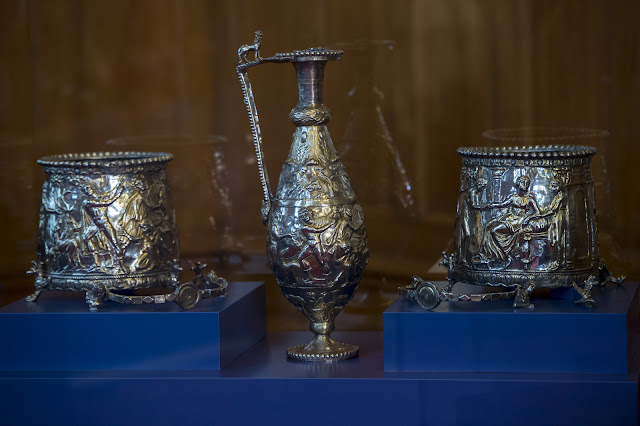 The second batch recovered by Hungary consists of seven objects, including the so-called Achilleus and the Meleagros plates, the animal-figure ewer, the Hyppolytos-ewer and two buckets with similar decoration, as well as an amphora. Now that all 15 known objects from the treasure are in Hungary, more research will commence on this unique ensemble. This will include archaeological excavations on the site where it is suspected the objects were originally found. The full treasure is believed to have consisted of a lot more pieces. The recovered pieces are currently on view at the Hungarian Parliament building, and will be shown later at the Hungarian National Museum. 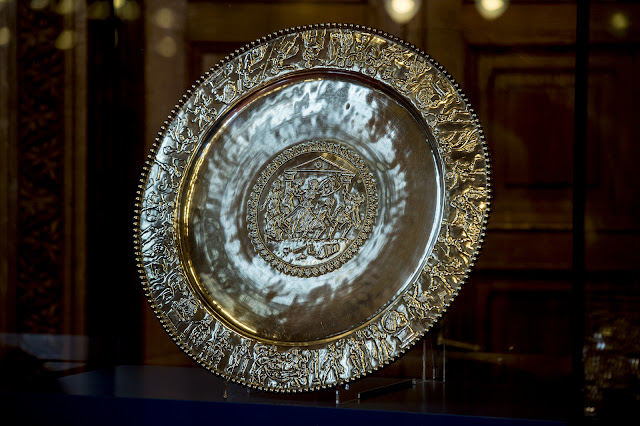 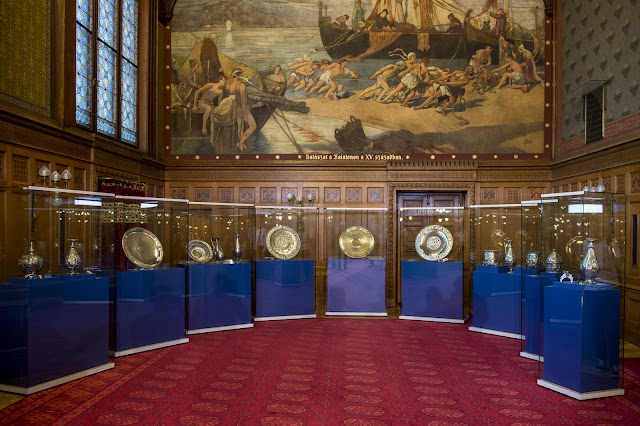 Part of the Seuso Treasure Recovered by Hungary 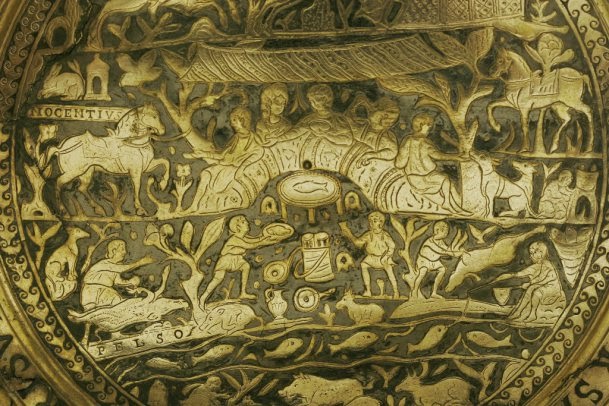 Hungary unveiled today seven pieces of the famed Seuso-treasure, the most significant late Roman find of goldsmith works ever found in excavations. The seven decorated pitchers, platters and bowls were unveiled by prime minister Viktor Orbán today in the Parliament of Hungary. It was announced that this half of the treasure was recovered by Hungary at the cost 15 million euros ($20.67 million).

The objects were dug up near Lake Balaton (=Pelso) in western Hungary in the 1970s and then smuggled to the West and not seen in public until a 1990 auction in New York that failed because of a dispute over where they were found. The pieces were owned by Lord Northampton, who had purchased them between 1982 and 1990, but was unable to sell them because of the contested origin of the objects. Hungary has always claimed the treasure as its own.  Part of the treasure was, however sold by him, and the new owners - two people described only as "British siblings" - contacted Hungary with a view to making a sale, Hungarian officials said. "Hungary has reacquired and brought home seven pieces of the invaluable treasure," Orban said. "It has always belonged to Hungary. This is Hungary's family silver."

The treasure was named after a high-ranking Roman officer, Seuso, who probably buried his silver vessels before a military attack at the end of the 4th or beginning of the 5th century. Today, 14 pieces of the treasure are known, but presumably more pieces were found originally.

If you would like to know more about the treasure, I recommend this article by Zsolt Visy, one of the researchers working on the objects, or this study by Zsolt Mráv from a recent volume of studies. The English-language Wikipedia article has already been updated to include today's news. More publications are sure to appear now that at least part of the treasures will be accessible to researchers. The objects will remain on view at the Hungarian Parliament for the next three months - their future placement has not yet been disclosed.

More information is available on the website of the Government of Hungary. The Government website also published photos of the objects recovered by Hungary, these you can see below. 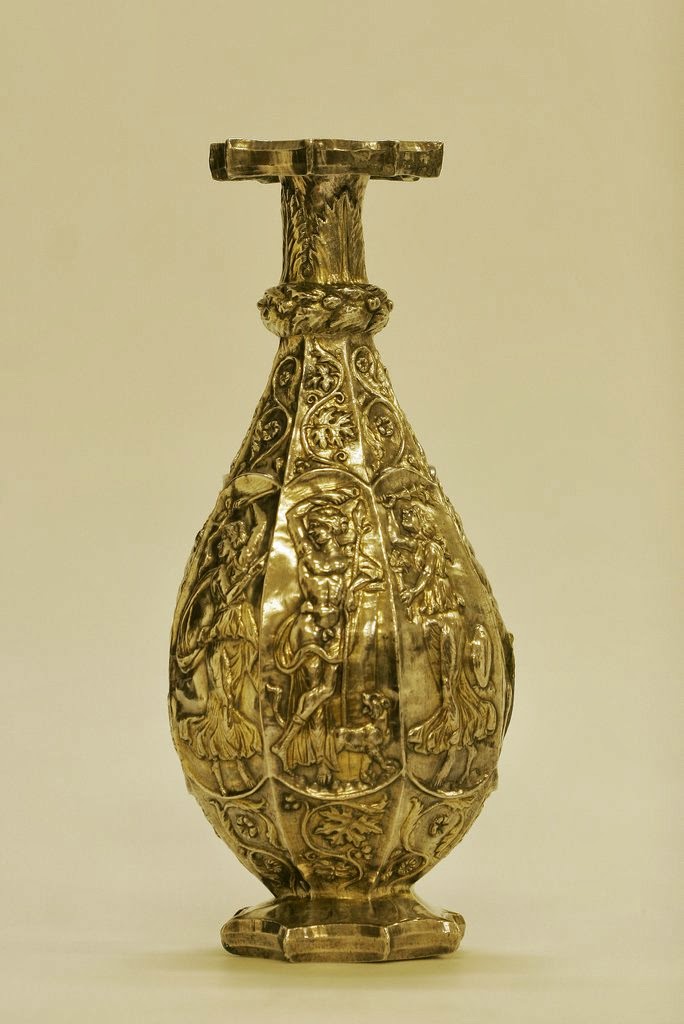 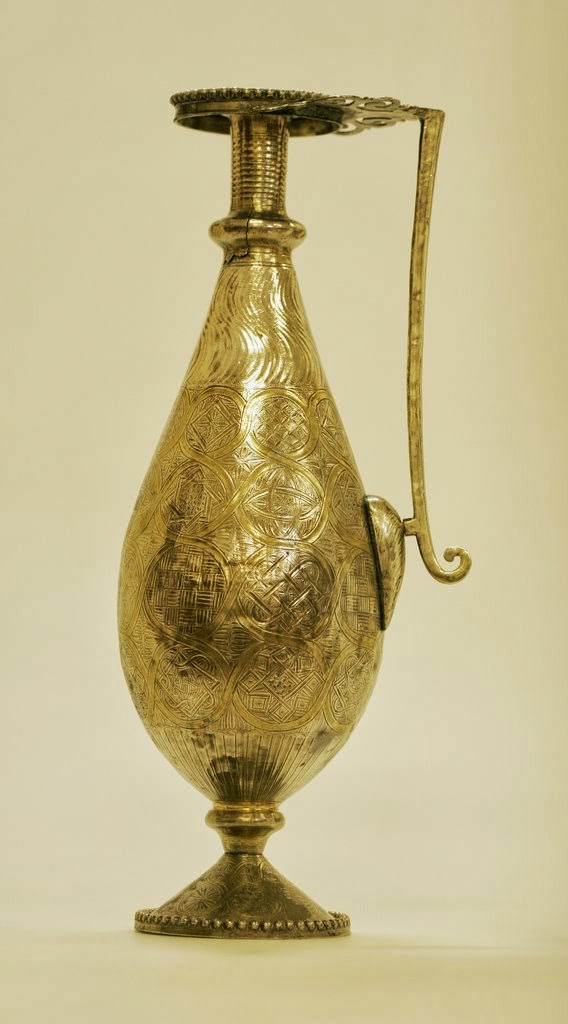 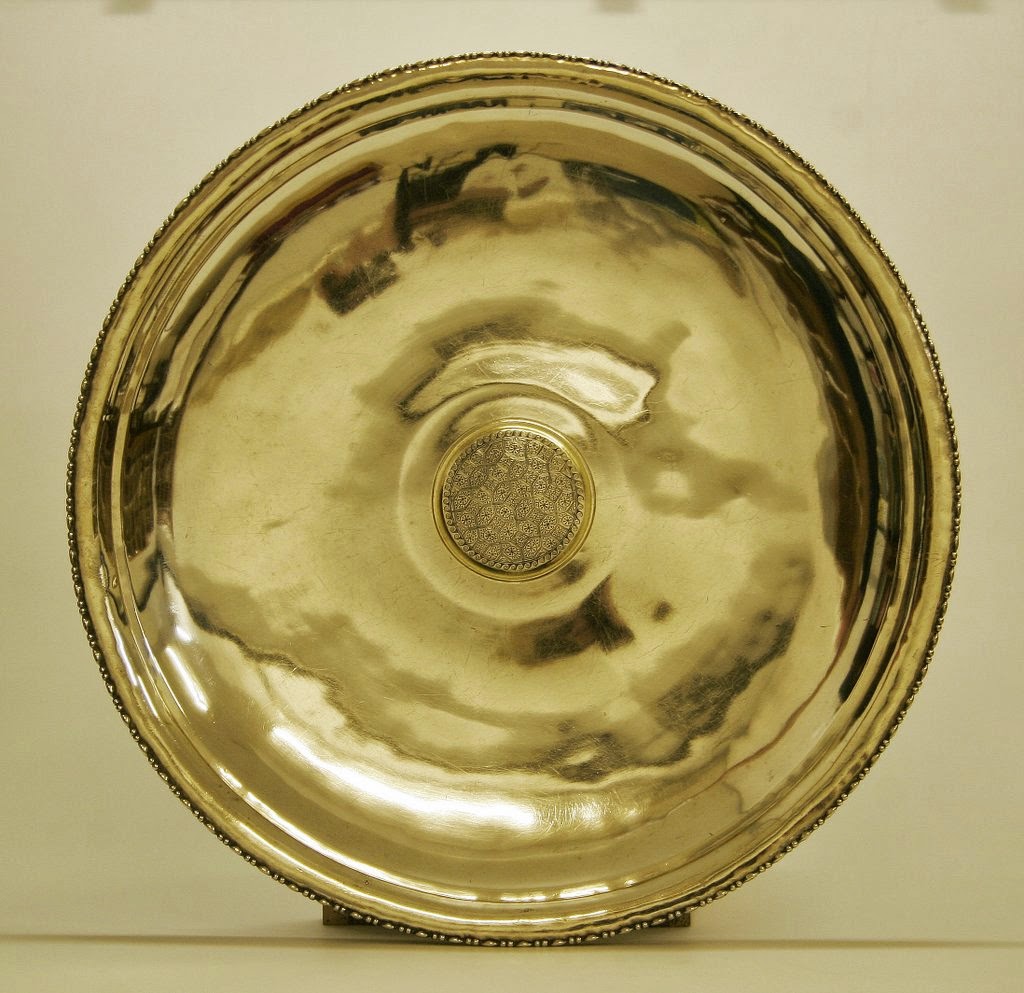 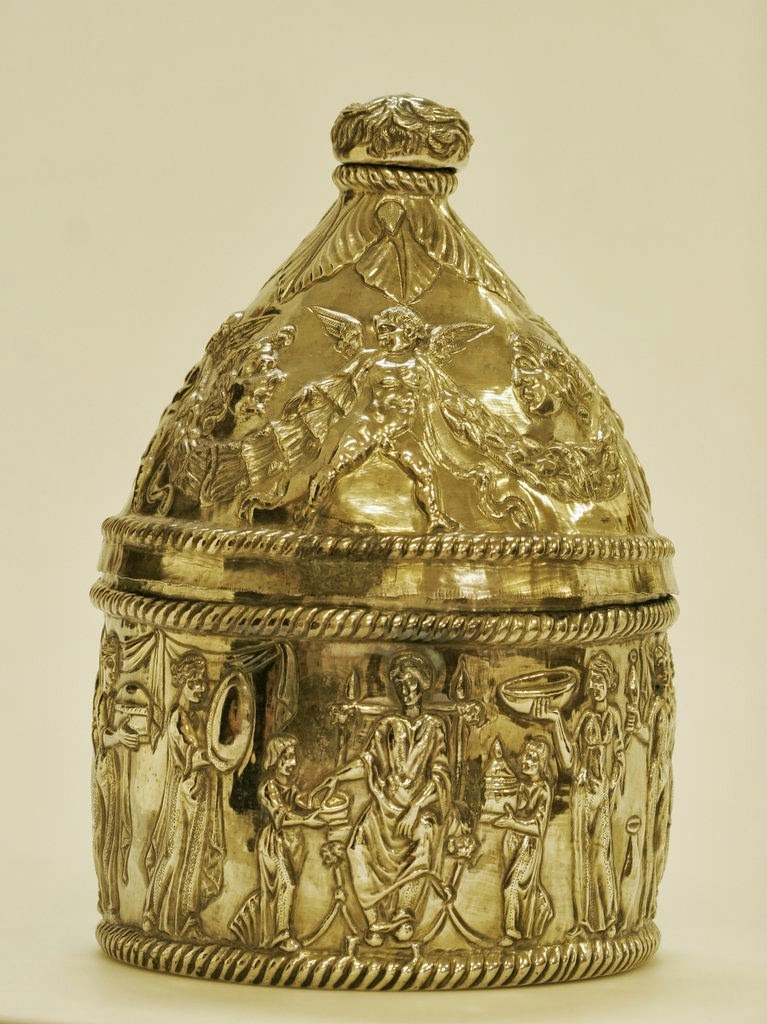 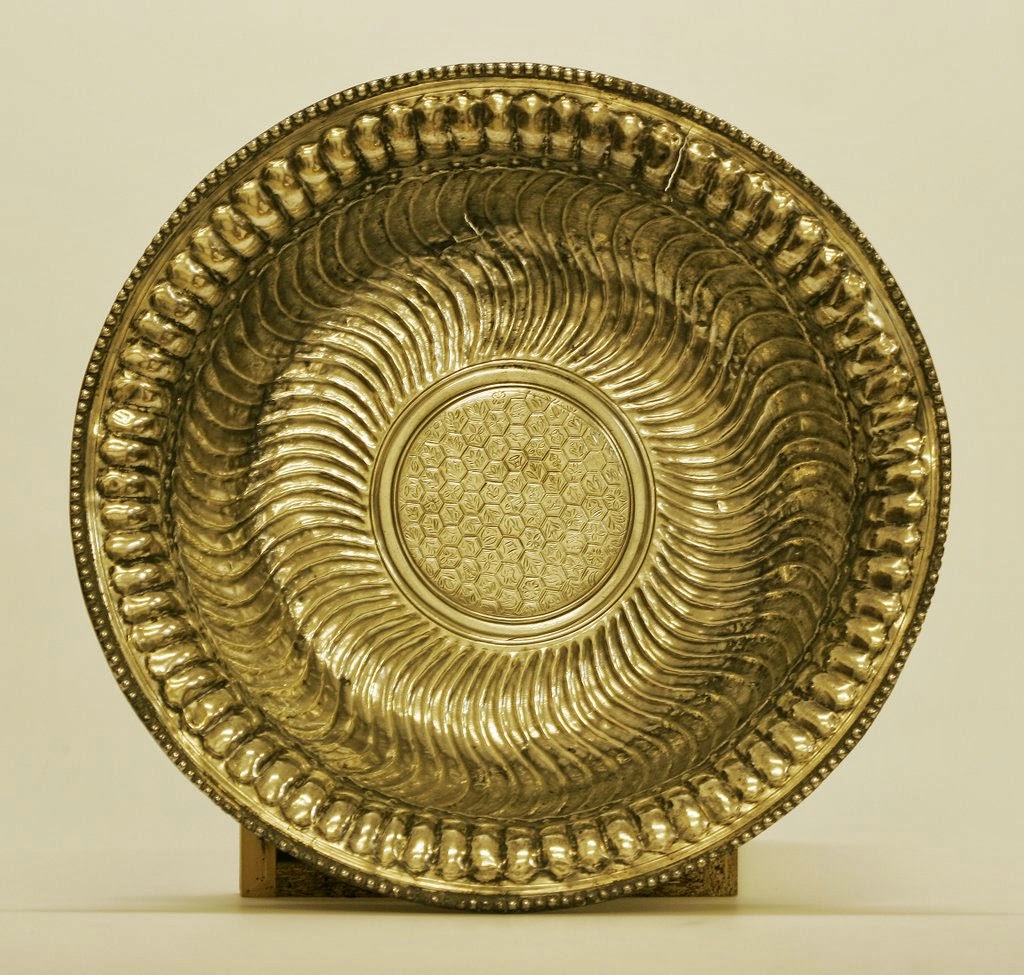 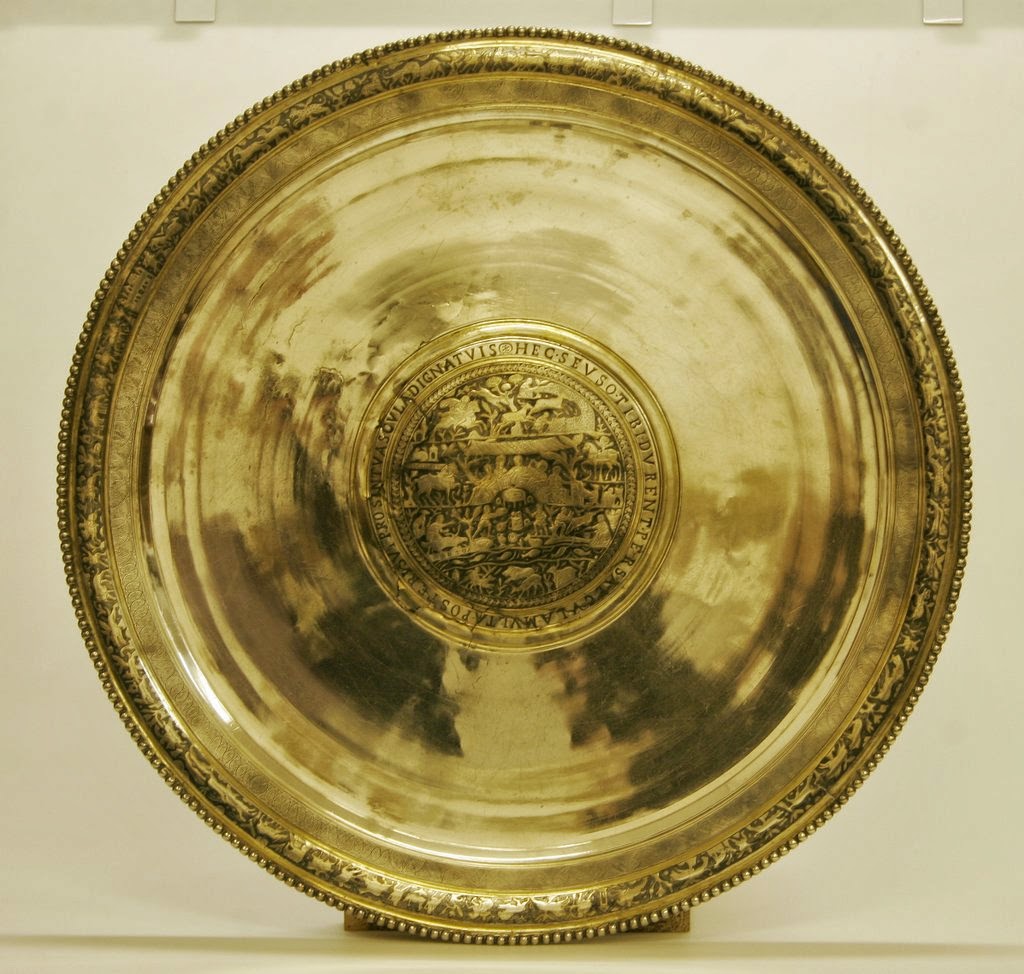