I haven't had time lately to post on the Medieval Hungary blog - but there are several interesting news which needs some coverage here. So, here is a quick update on the world of medieval art from late 2017 - early 2018.


Restoration of the Buda Castle Madonna

After a three-year restoration project, a late medieval statue of the Virgin and child was unveiled at Matthias church (Church of Our Lady) in Buda castle, Budapest in December 2017. The origins of the statue are unclear - it was transferred from another church in 1975. The current restoration, which was carried out by Éva Galambos, revealed much of the original polychromy of the statue. It was also revealed that the right hand of the Virgin is a replacement from the Baroque period, along with the left arm of the church. The statue dates from the early 15th century and was most likely carved in Southern Germany. Its restoration and display make the statue available for further art historical research. Since December 2017, the statue is on view in the permanent exhibition of ecclesiastical art set up inside Matthias Church.

For more on the statue and its presentation, see this report in Magyar Kurír.


Felix Terra - Exhibition on the Bishopric of Oradea/Nagyvárad in Bucharest 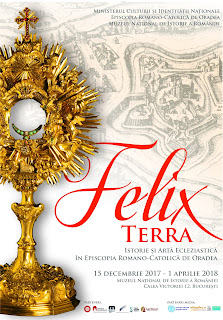 The National Museum of History of Romania, under the aegis of the Ministry of Culture and National Identity, in partnership with the Roman Catholic Bishopric of Oradea, the Hungarian National Museum, Széchényi National Library, the National Archives of Hungary and the Museum of Oradea organized a large exhibition dedicated to the history and ecclesiastical art in the Roman Catholic Bishopric of Oradea (Nagyvárad). The exhibition was on view at the National Museum of History of Romania from December 14, 2017 until April 1, 2018. The exhibition is accompanied by a catalogue written in Romanian and Hungarian.
The exhibition focuses on the history of the bishopric of Nagyvárad, especially on the lost medieval cathedral of Nagyvárad, the former resting place of King Saint Ladislas and of Emperor Sigismund. Works on view include fragments of the medieval cathedral building as well as finds recovered during various archaeological campaigns. Another focus is the renewal of the bishopric in Baroque period: a series of liturgical works from the Treasury of the cathedral were on view. Along with architectural fragments and stone carving, preserved from the Middle Ages, rare medieval documents were also shown in the exhibition - such as the Dubnica Chronicle or the Zalka Antiphony. 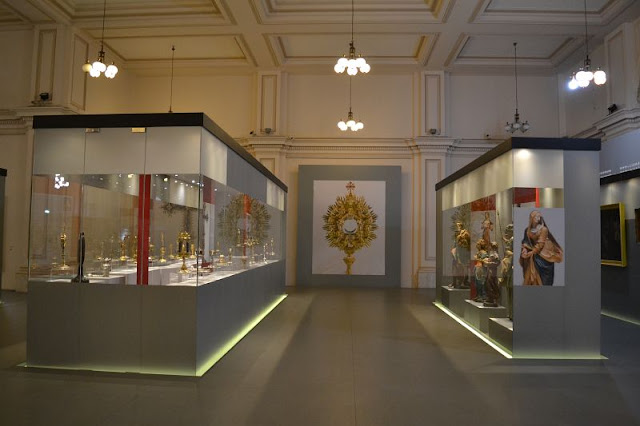