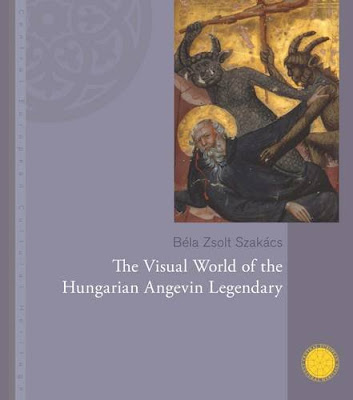 The very exciting digitisation process at the Vatican Library is going ahead at full speed, and the Library has made available online two manuscripts from the famous Bibliotheca Corviniana, the library of King Matthias Corvinus (1458-1490). The manuscripts are the following: 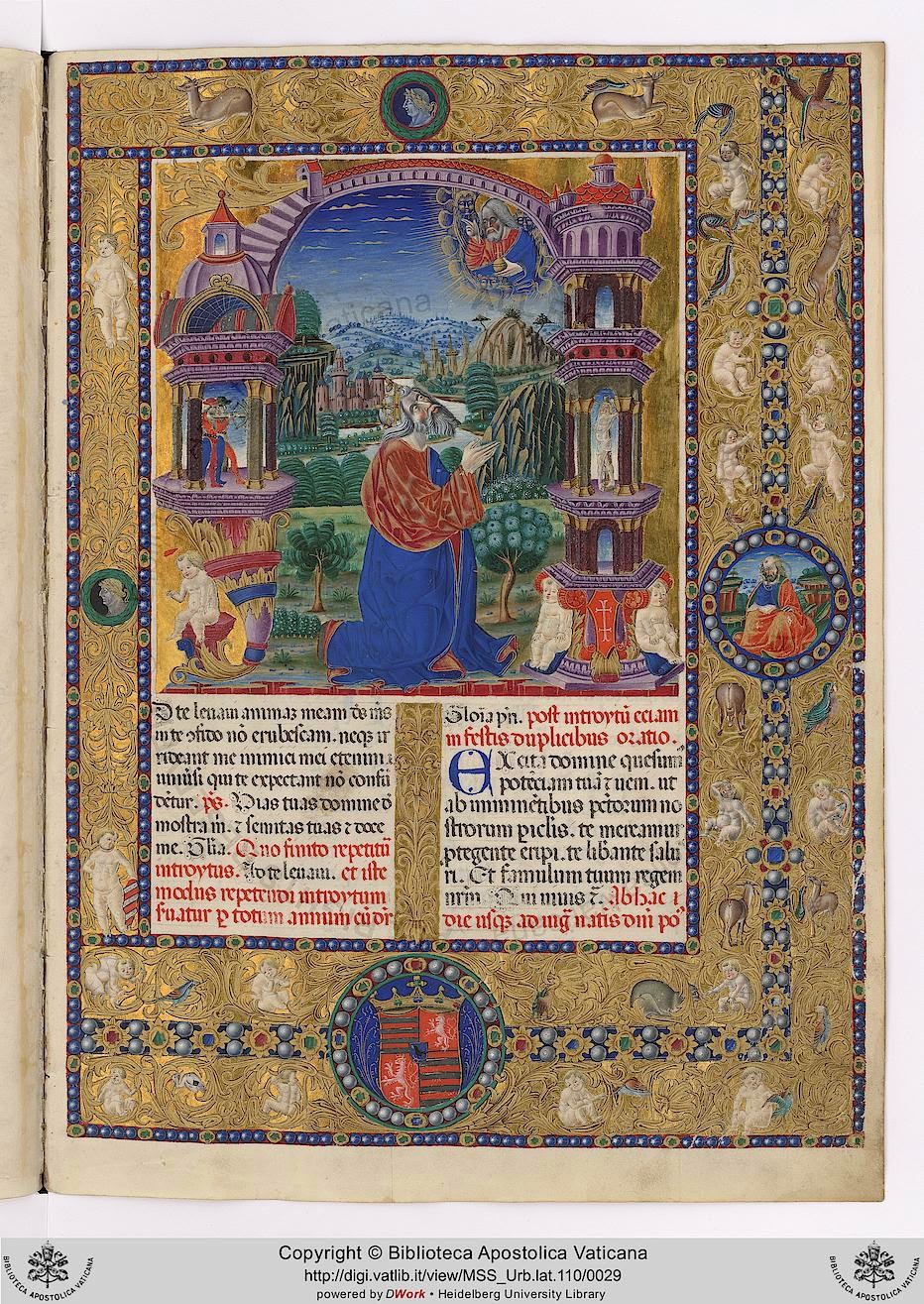 
The manuscript was made for King Matthias in the Buda workshop. The coat of arms of Matthias and his wife Beatrice of Aragon can be found on several pages.
It is a richly illustrated volume, with stylistic connections to Lombardy.
See also the catalogue page with bibliographic references. 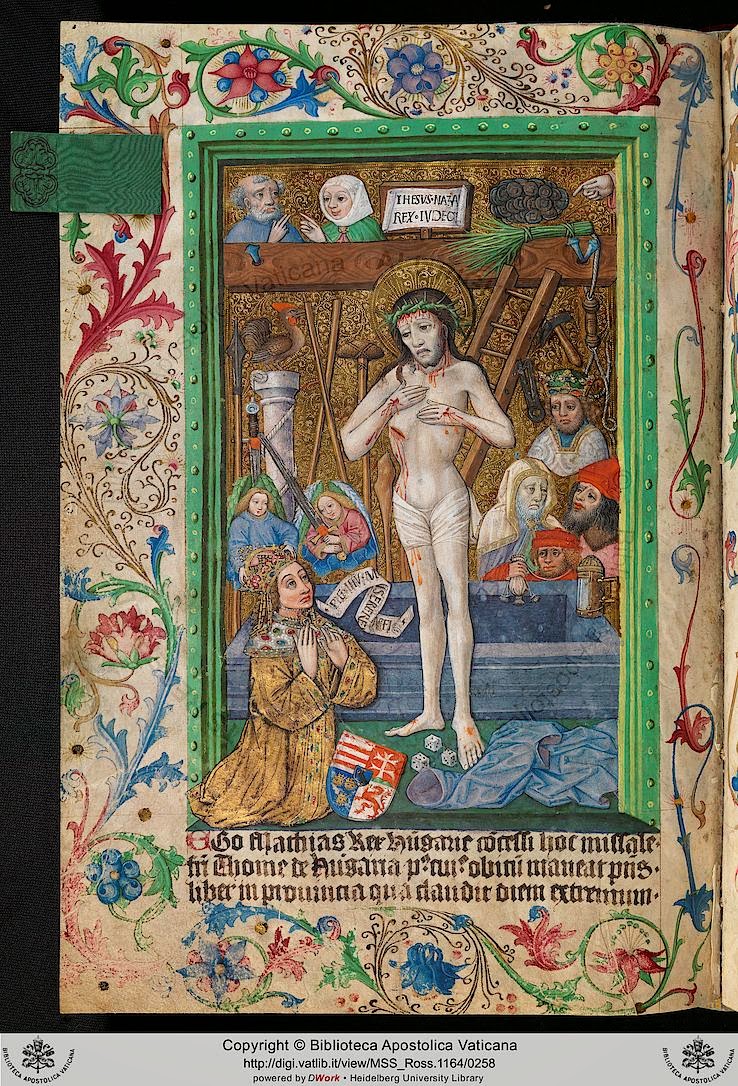 This is a Franciscan Missal commissioned by King Matthias, and given to a Franciscan friar named Thomas (so technically, this is not a Corvinian manuscript, as it was not part of the Biblioteca Corviniana). The book was illuminated by an Austrian painter active in Vienna.

With the two books above, the number of Corvinian manuscripts online now exceeds 100. On this occassion, I decided to move my checklist of digitised manuscripts over to this blog - you can reach it any time from the menu above. The version on my website is now obsolete - links have been checked and fixed on the version here in the blog. I also added links to two manuscripts digitised at the Österreichische Nationalbibliothek in Vienna.
Posted by Zsombor Jékely on 2/26/2015 3 comments: