Exhibition and Database of Corvinian Manuscripts 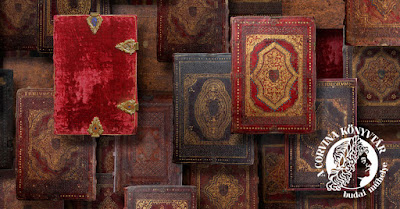 A new exhibition at the National Széchényi Library puts the famous library of Matthias Corvinus (1458-1490) in focus again. This time, the title and the theme of the exhibition is the Buda workshop of Corvina manuscripts  The aim of the exhibition is to present the joint efforts of humanists, illuminators, bookbinders and the scribes of Buda, in order to create luxurious royal manuscripts in the capital as well.  For this exhibition, A lot of splendid Corvinian manuscripts have arrived in National Széchényi Library from various parts of the world, from New York, Paris, the Vatican, as well as from Hungarian collections. In fact, Visitors of the exhibition have the unparalleled opportunity to look at almost all the Corvinas, nearly fifty codices, preserved in Hungary. together. The exhibition demonstrates that in addition to the splendid Renaissance codices ordered from Italy, similarly precious and decorative manuscripts were made in the royal court of Buda as well. The exhibition is very well organized, beautifully installed, and is equipped with various interactive tools, enable for example the browsing of manuscripts on display. The first part presents the precursors of the Buda workshop - especially the books, including Greek manuscripts of Janus Pannonius, which were later incorporated into the king's library. The Graduale of King Matthias, one of the important non-Italian books commissioned by the king is also on view here (OSZK Cod. Lat. 424). The second part presents a number of Italian illuminators who worked at the Buda court, not just for the king but also in the service of high-ranking prelates. The main focus of the exhibition is on the last five years of the rule of King Matthias (who died in 1490) when production greatly increased. This was the time when uniform leather bindings were made for the manuscripts as well. Among the highlights on view, I would point out the Cassianus Corvina from Paris (BNF Cod.Lat. 2129), the Vatican Missal (Urb. Lat. 110), or the National Library's Philostratos Corvina (OSZK Cod. Lat. 417).

At the time of the opening of the exhibition, the newly redesigned and updated Bibliotheca Corviniana Digitalis was launched. It is a great improvement compared to the earlier version, with a much nicer interface and - most importantly - with a lot more digitized manuscripts. All the manuscripts held in Hungarian collections are available right on the website, while links point to digitized manuscripts all over the world (finally making my own little list unnecessary). A new image-viewer and thousands of new photographs - including superb details - make the manuscripts much more accessible than ever before. The database also includes the complete bibliography of the Corvinian Library, with direct links to publications available online. With this new version, the website can truly serve as the starting point for all research focusing on the Bibliotheca Corviniana of King Matthias. 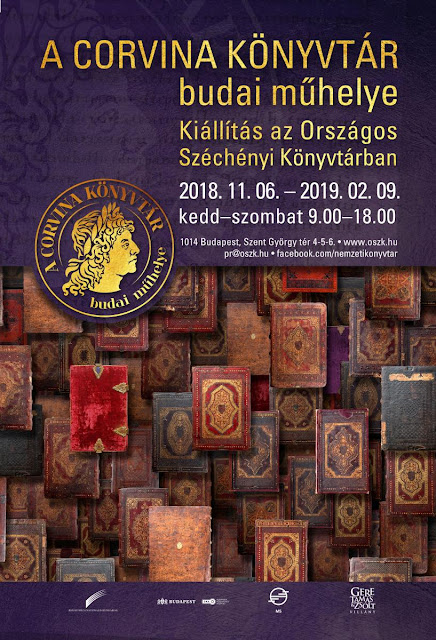