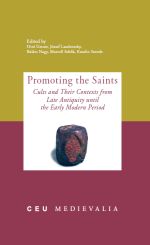 Ever since the Department of Medieval Studies has been established at the Central European University (Budapest) in the early 1990s, CEU Press has been publishing a number of important books on medieval subjects. Most of these books are dedicated to the medieval history of East Central Europe. The series of Central European Medieval Texts made important primary sources from this region available in English translation. CEU Medievalia, on the other hand, is a series largely dedicated to publications by members of the Department. A couple of new books have recently been published in these two series.


The latest book is dedicated to one of the founders of the Department, Gábor Klaniczay: 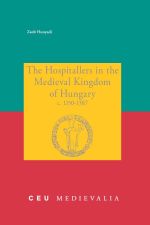 Another new volume, the 13th in the CEU Medievalia series is a monograph on a long-neglected subject: Zsolt Hunyadi: The Hospitallers in the Medieval Kingdom of Hungary, c. 1150–1387  (CEU Press, 2010). For more information, click here.


This book, along with János Bak's collected studies (János M. Bak: Studying Medieval Rulers and Their Subjects: Central Europe and Beyond (Variorum Collected Studies Series). Ed. Balázs Nagy, Gábor Klaniczay. Ashgate, 2010) will be presented on November 10 at the Department of Medieval Studies at CEU. For an invitation and the detailed program, click here. For other medieval history books published or distributed by CEU Press, see here.
The CEU Medievalia series and the Central European Medieval Texts Series are both available from Amazon (click on the covers below for more information).