Renaissance art in Hungary: An exhibition in Florence

The exhibition Matthias Corvinus and Florence - Art and Humanism at the Court of the King of Hungary is now on view at the Museo di San Marco in Florence (10 October 2013 - 6 January 2014). The 2008 Budapest exhibition dedicated to the same period in the framework of the Renaissance Year, and the conference held in 2007 at Villa I Tatti lead to the idea of an exhibition to be organized in Florence, to show the impact of Florentine Renaissance at the court of King Matthias (1458-1490). The exhibition was jointly organized by the Budapest History Museum and the Museo di San Marco.

At this point I can only quote the general presentation of the exhibition from the central website of the project. I plan to come back to the subject once I get a copy of the catalogue.

"Using works of art from a broad range of disciplines - painting, sculpture, ceramics and illuminated codices from various museums both in Europe and the United States - the exhibition sets out to illustrate Hungarian Humanism's roots in Italy and the crucial role played by the dissemination of the Florentine Renaissance style in the country's artistic development, a cultural legacy which has continued to underpin Hungarian culture up to the present day.

The exhibition reconstructs some of the contacts that played a crucial role in determining the Hungarian court's cultural and artistic choices. Thus it illustrates the trends in the king's taste, setting them against the backdrop of the Florentine context of his time, while also endeavouring, by drawing a number of parallels, to identify the possible influence on those choices exercised by Lorenzo the Magnificent and his entourage of thinkers and artists. In this context, special attention is devoted to the libraries of Matthias Corvinus and of Lorenzo the Magnificent, and pride of place is given to the precious illuminated codices commissioned by Matthias Corvinus for his library, now sadly dispersed. Some of these manuscripts, which remained unfinished in Florence on Matthias' death, were subsequently purchased by the Medici.

Some of the most outstanding loans include Matthias Corvinus' throne tapestry from the Hungarian National Museum in Budapest produced to a design by Antonio del Pollaiolo, a marble relief with the portrait of Alexander the Great from the National Gallery in Washington attributed to Andrea del Verrocchio, Matthias Corvinus' Bible from the Biblioteca Medicea Laurenziana illuminated by Monte and Gherardo di Giovanni, the portraits of Matthias Corvinus and Beatrice of Aragon attributed to Giovanni Dalmata (Ivan Duknović) from the Museum of Fine Arts in Budapest and Marliano's Epithalamium from the Biblioteca Guarnacci in Volterra, with a portrait of Matthias by an illuminator from the circle of Leonardo da Vinci." The exhibition also includes Franceso Laurana's exquisite portrait of Beatrice of Aragon from the Frick Collection.

Finally, a few words about the wonderful relief Alexander the Great by Verrocchio, which I selected as the first image for this post. This object best exemplifies the high level of artistic contacts between Florence and Hungary. Giorgio Vasari mentions "two heads of metal, likewise in half-relief; one of Alexander the Great, in profile, and the other a fanciful portrait of Darius; each being a separate work by itself, with variety in the crests, armor, and everything else." He goes on to explain: "Both these heads were sent to Hungary by the elder Lorenzo de'Medici, the Magnificent, to King Matthias Corvinus, together with many other things, as will be told in the proper place." The original bronze reliefs did not survive, but are known from a number of later copies and variants. This indicates that the model of the reliefs was kept at the studio of Verrocchio. The marble relief in Washington is regarded as one of the most faithful copies. The reliefs were more recently analyzed by Francesco Cagliotti in the Villa I Tatti conference volume on Italy & Hungary in the Renaissance. The full bibliography can be found on the website of the National Gallery of Art. 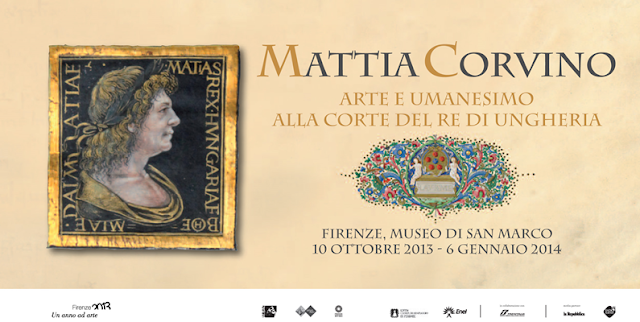 More information on the exhibition can be found on the website of the Museo di San Marco. You can also read about it in The New York Times and in Hungarian daily Népszabadság. A photo gallery of objects on view accompanies the article in La Nazione. 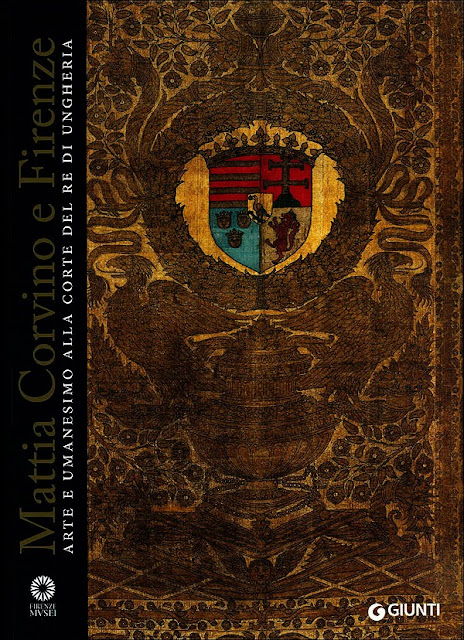