Medieval news from the end of 2013

There were quite a lot of things I wanted to report on at the end of 2013. I hope to come back to these subject individually in the near future - for now, I can only give a brief listing of these news. 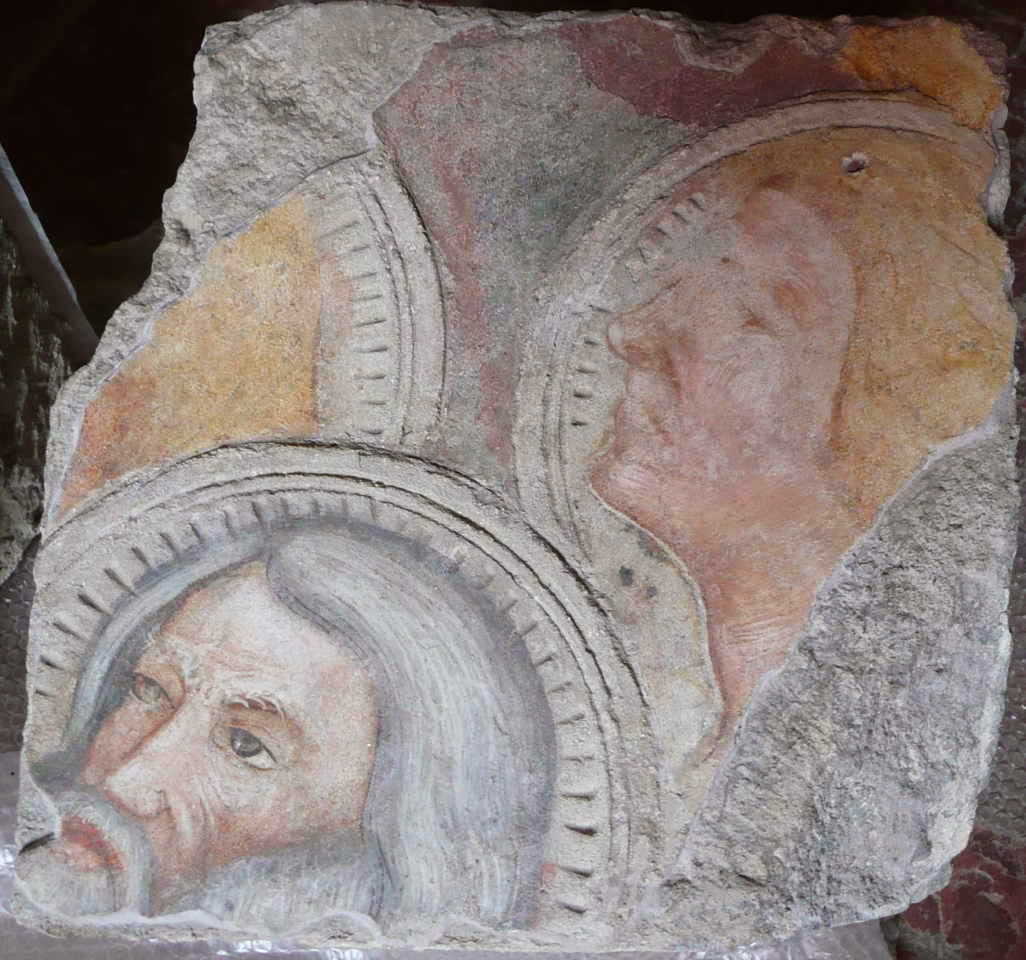 After a restoration process of about 13 years, the palace chapel of Esztergom chapel finally reopened to visitors. During this period, the chapel was completely inaccessible, as heavy scaffolding was erected inside. The chapel, which was built at the end of the 12th century, is the most important Early Gothic building in Hungary. It was decorated with a wonderful cycle of frescoes, painted in the 1330s - the best example of Italianate frescoes in Hungary. During the Turkish wars, the chapel, along with the royal (later archepiscopal) palace next to it fell to ruin, and was only uncovered between 1934-38. The restoration of the Renaissance frescoes in the adjoining room still goes on, and will probably be completed in 2015.
The website of the Castle Museum of Esztergom (a branch of the Hungarian National Museum) provides very basic information about visits to the chapel. The press kit, which can be downloaded from the website, provides a few photos of the frescoes in their restored state. The photo used here is from the press kit. A full architectural and photogrammetrical survey of the palace chapel and adjoining spaces - which was carried out in connection of the restoration - is available on the website of the company who made the survey. Reports on the reopening of the chapel were made by Hungarian press, see here and here, for example. For more photos, go to Archeologia - Altum Castrum Magazin.

The Collection of European Sculpture at the Museum of Fine Arts in Budapest has been inaccessible for a long time, ever since the old permanent exhibition was closed some 25 years. During this period, the Gothic wooden sculptures were on display for a few years starting from 2000, and there were several temporary exhibitions organized from this material (as the Verrocchio exhibition, organized by the author of this blog). More recently, several important statues in the collection were (and remain) incorporated into the galleries of Old Master paintings. The Museum website reports on the reopening of the sculpture exhibition in detail:
"The sculptures of the Museum of Fine Arts, housed in the deposits for the past 25 years, are now presented in newly renovated rooms on the second floor of the museum. The Department of Sculpture collection includes nearly 650 European sculptures covering six centuries of artistic creation from the Middle Ages to 18th-century Classicism. The exhibition encompasses over 100 artworks, from various styles and periods, including German Late-Gothic, Italian Renaissance, and Austrian Baroque. Among the exhibited masterpieces are German sculptor Tilman Riemenschneider’s (circa 1460-1531) wooden sculpture, referred to as Madonna and Child, Italian architect and sculptor Jacopo Sansovino’s (1486−1570) unique wax sculpture entitled Madonna and Child, and the extraordinary Austrian Baroque sculptor Franz Xaver Messerschmidt’s (1736−1783) Character Heads. In addition to displaying the most celebrated sculptures, the museum’s exhibition also provides insights into the secrets and special production techniques of the workshops. Throughout the centuries, sculptors have experimented with several types of material, including wood, stone, ivory, terracotta, and various alloys of metal. Furthermore, over time artists developed numerous methods for decorating and painting their sculptures and reliefs. Conservators have applied the original methods and traditional materials and techniques to make samples, thus highlighting the important details of the displayed sculptures and enabling the viewer to observe and follow the various stages of the creative process." You can continue reading on the website of the museum.

Interesting things are happening elsewhere in the region as well. The Gallery of Medieval Art finally reopened at the National Museum in Warsaw. The exhibition of the Master of the Liechtenstein Castle remains open until February 23, at the Belvedere in Vienna. Finally, the exhibition on the Florentine connections of Hungarian Renaissance art is closing this weekend in Florence.
Posted by Zsombor Jékely on 1/05/2014