Luckily, I am able to report on more and more books published in English (or German) about the art of medieval Hungary. These books make the rich medieval heritage of Hungary available to a wide international audience - especially when we are talking about books published by western publishing companies. The books listed below deal with different aspects of medieval Hungary, and would be welcome additions to any serious library on medieval art. 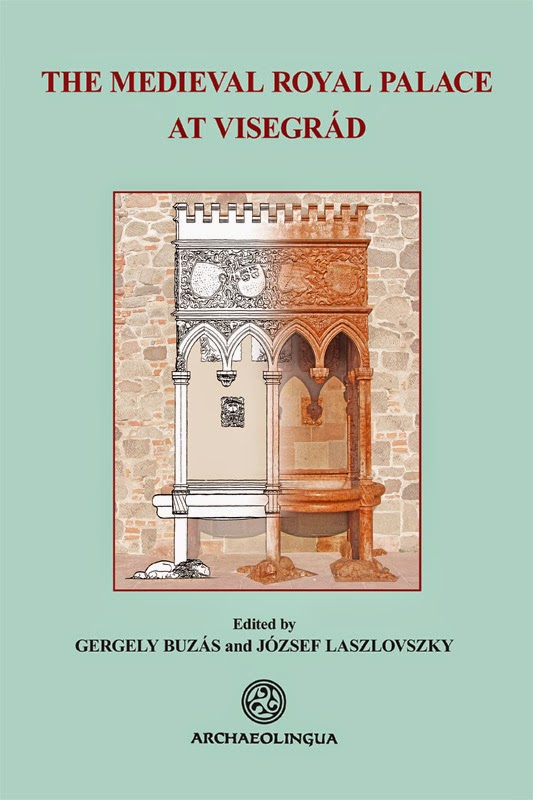 The following description was provided by the publisher:

Visegrád stands out among the medieval sites of Hungary and the royal palace complex can be regarded as one of the most important monuments for the artistic and architectural production of the royal court during the period of the late Middle Ages. The size and the complexity of the palace would in itself ensure that the Visegrád royal residence became one of the principal sites of Hungarian medieval archaeology.

The palace was continuously built, altered and enlarged for two hundred years, and emerged as a sophisticated complex of dwelling rooms, spaces of status display, ecclesiastical buildings (royal chapel and Franciscan friary), kitchens, workshops, storage buildings, gardens, loggias, balconies and fountains. Its ruination was also a long process that took three hundred years. Although this slow process caused immeasurable damage, it also helped to preserve the traces of medieval life in the monument, which in case of buildings continuously inhabited are usually swept away by modern use and later architectural changes. The Visegrád Palace, however, was not used by anyone after the Middle Ages. Its ruined buildings were not utilized for any other purpose, and so the later alterations were minimal. Its rediscovery, excavation and reconstruction has been a task of twentieth and twenty-first-century archaeology and heritage protection, and the monument provided an opportunity to study a medieval complex almost undisturbed. The excavations at the Visegrád Palace also served as one of the most significant steps in the development of medieval archaeology in Hungary.

This volume is the first comprehensive monograph on the archaeological investigations, objects, finds, reconstruction and restoration of the palace complex published in English. It is also a revised, extended and in some other parts compressed version of a volume published in Hungarian in 2010. It offers a summary of the previous and recent excavations since 1934 and the interpretation of the palace in its European archaeological and art historical context. It also contains the functional analysis of the palace complex and the discussion of the interactions between the residence and the Franciscan friary. Some chapters focus on the most important group of finds (pottery, stove tiles, worked bone material, etc.) along with their detailed catalogue. 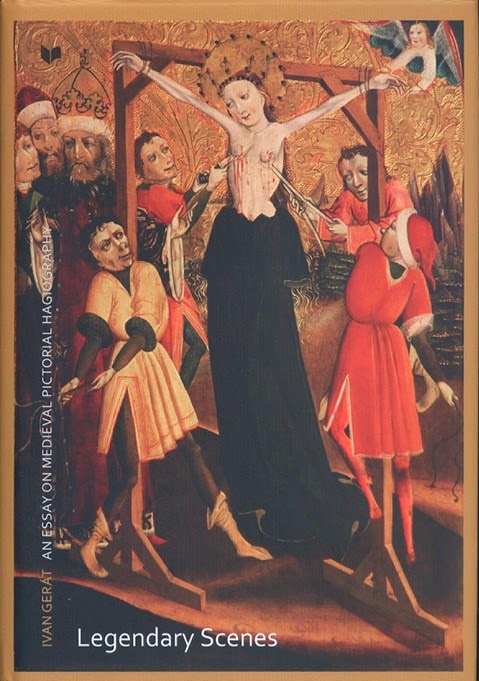 Published by the Institute of Art History in Bratislava, this beautifully illustrated book provides an overview of biblical and hagiographical scenes from late medieval painting from the northern regions of the Kingdom of Hungary, providing new insights into the art of the period.The introduction of the book gives an overview of the topic of the book:

"This book is devoted mainly to scenes from the lives of saints in panel paintings originally produced in the northern regions of the Kingdom of Hungary in present-day Slovakia. The form these pictures took and their rôle in cultural life was determined by various processes concerning the whole of Christian Europe. Research into these pictures necessarily crosses both modern and historical political boundaries. Around 1500 panel paintings enjoyed great popularity across Central Europe. Carefully elaborated pictures of violent or miraculous events from the lives of the heroes and heroines of the faith were placed primarily on the wings of altar retables. [...] Prior to the work of the Reformation, these pictures played a central rôle in religious and social life. They articulated many of the problems and tensions of the period, which was marked not only by internal disputes in the Christian countries, but also by growing conﬂict with the Ottoman Empire, which resulted in the resounding defeat of the Kingdom of Hungary in 1526 at the Battle of Mohács." 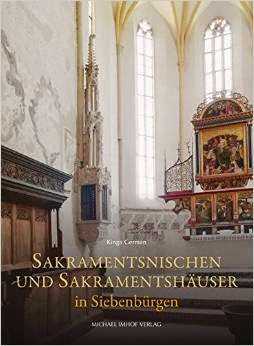 
Kinga German's book provides an analysis and overview of 145 Late Gothic sacrament houses and sacrament niches from Transylvania, along with a catalogue of all these monuents. The analysis deals with the function of these micro-architectural elements in the context of Eucharistic worship in later medieval Transylvania. The book - based on the author's doctoral dissertation - provides the first detailed survey of these monuments.

A look at the contents and the inside of the book is available on the website of the publisher (pdf). 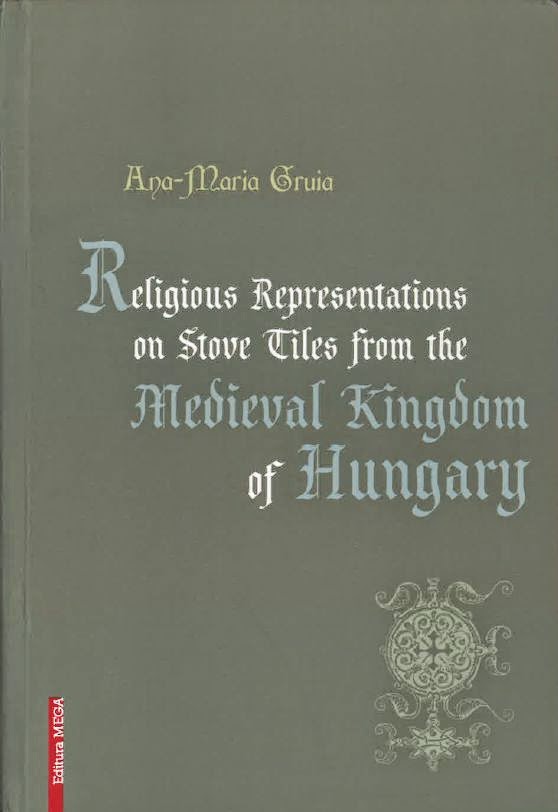 This book, which is based on the author's doctoral dissertation defended at the Central European University in Budapest provides an iconographical analyisis of late medieval stove tiles from the Kingdom of Hungary. It is the first detailed analysis of the subject, arranged according to themes, and accompanied by a catalogue of several hunders of monuments.

The author has previosly also published a number of articles on the subject, especially in Studia Patzinakia - see for example in vol. 5, 2007 (pdf).