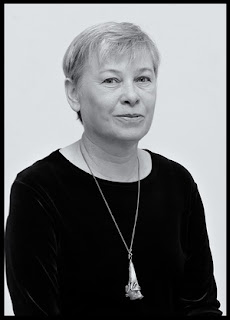 It is with great sadness that I report on the death of Terézia Kerny. She was one of the most knowledgeable and helpful art historians of her generation. She was a researcher of medieval iconography, patronage, the cult of the saints as well the historiography of art history. Her lifelong passion was the study of the cult and images of Saint Ladislas. Her monograph on the subject, which is accompanied by a detailed catalogue of works dating from the earliest examples to 1630, is quoted widely in the field, despite the fact that it has never been published in its entirety. She kept reworking the material, adding more and more items to the catalogue as new monuments became known, and she published several parts and several versions of the introductory study in a variety of publications. This was characteristic of her: sharing her knowledge at every possible forum. She participated at conferences and book presentations in her field; she wrote short articles, catalogue entries, book reviews and texts for illustrated popular works. A list of her select publications reveals the wide range of subjects she has worked on: she wrote and edited books on Saxon medieval churches in Transylvania, the frescoes of Johannes Aquila and the cult of St. Stephen and St. Emeric. She was also very generous and helpful with her colleagues, providing bibliographical references, copies of documents, photographs as well as her time to those interested.

Kerny Terézia began her work at the Institute of Art History of the Hungarian Academy of Sciences in 1982. She held various positions - working in the Archives, as head of the photo collection and editor of the journal published by the Institute, Ars Hungarica (since 2012). In addition, she was secretary of the Society of Hungarian Archaeologists and Art Historians. All of these positions required a lot of organizational work, dedication and time. I knew Terézia for over twenty years, ever since my one-year position as beginner researcher at the Institute of Art History. We worked together on a number of occasions, particularly in connection with medieval wall painting. Most recently, she convinced me to give a lecture on Flóris Rómer at a conference she had organized. Her lecture at that conference, held just over a month ago, was her last public appearance. An important volume of studies on St. Ladislas, co-edited by her, is expected out shortly. Her chief work, her monumental study of St. Ladislas, will hopefully be published in its entirety in the near future as well. Terézia Kerny passed away on November 6th. She was 58 years old. May she rest in peace.