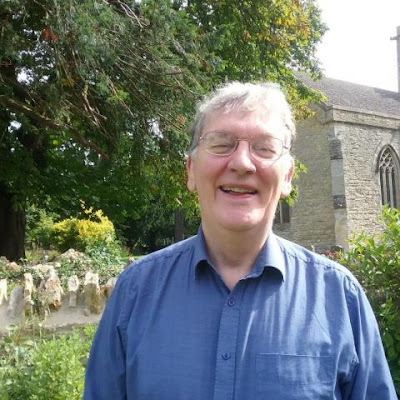 Paul Crossley did not publish much about medieval Hungary but was very knowledgeable about it as well. I had a chance to meet him on several occasions, the most memorable of which was when he opened the 2006 exhibition dedicated to Emperor Sigismund, organized by the Museum of Fine Arts in Budapest. The text of his opening speech was published in The Hungarian Quarterly (No. 182, 2006), and can be downloaded from this link - the issue also includes an overview of the exhibition by Ernő Marosi. The speech was also published in Hungarian in Élet és Irodalom (2006. April 7), and I am making it available below. Let me quote a characteristic passage from the original English text of Dr. Crossley:

In my experience, Hungary had always been the eminence gris of later medieval European art—a country of exquisite, but mysterious culture. When I was a student in Cracow, many years ago, my Polish Professor, when asked about a particularly exquisite late medieval or early Renaissance object in Poland, would reply, with hushed wonder: “Ah, that is Hungarian”. But how, or why, or when it was Hungarian always remained a mystery. Now, thanks to this spectacular exhibition Sigismundus. Rex et Imperator, Hungary’s vital contribution to the international “court culture” of later medieval and early Renaissance Christendom has been magnificently recognized.

Paul will always be remembered as a kind, enthusiastic and funny colleague, and a great champion of Central Europen Gothic art. He will be greatly missed.


Hungarian translation of the opening speech of the Sigismundus - Rex et Imperator exhibition, 2006