In the middle of June 2021, two exhibitions opened at the Hungarian National Museum in Budapest, each dedicated to the history of a monastic order. 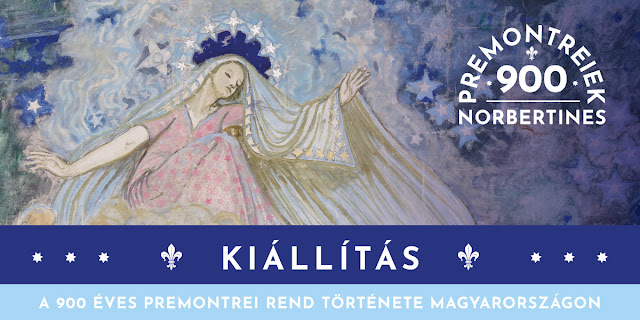 The first exhibition is dedicated to the 900 anniversary of the foundation of the Premonstratensian (Norbertine) order. The members of the order have been present in Hungary almost since its foundation. In the last centuries, the Premontreians were also participants and shapers of Hungarian society, religious life, art and science. On the occasion of the anniversary, the Hungarian Norbertine Order  and the Hungarian National Museum presents the history of the order in a joint exhibition. The exhibition provides an overview of the spirituality, founding, past and present of the order in Hungary. It presents the material heritage of the Premonstratensians in Hungary and highlights the contribution of the members of the order to the Hungarian culture. In addition to the works and documents preserved in the abbeys and monasteries of the order in Hungary today, the nine-hundred-year-old Hungarian history of the order comes to life through a number of works of art borrowed from many domestic and foreign collections. The exhibition presents a number of important medieval churches of the order, in particular Zsámbék, Rátót, Ócsa, and Lelesz, displaying stone carvings and copies of medieval wall paintings as well.

Both exhibitions remain on view at the Hungarian National Museum until the middle of September 2021.