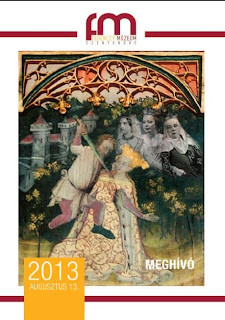 The Ferenczy Museum in Szentendre has recently moved into a new building in the center of the town, and this week an interesting temporary exhibition opened there. The focus of this exhibition is the royal Cistercian abbey of Pilis, as well as Queen Gertrude, wife of King Andrew II, who was buried there after she had been murdered 800 years ago. Stone carvings and archaeological finds from the monastery excavated at the site of the ruined monastery are preserved in the museum's collection.

The exhibition, titled „THE QUEEN TO KILL YOU MUST NOT FEAR WILL BE GOOD...“ Commemorate Gertrude of Merania, 1213-2013 is on view at the Barcsay Room of the Ferenczy Museum until December 31, 2013.

Dr. Judit Majorossy, the curator of the exhibition and Head of Research at the Ferenczy Museum provided the following text for the Medieval Hungary blog. This guest post is illustrated by photos of the exhibition, also provided by the museum. 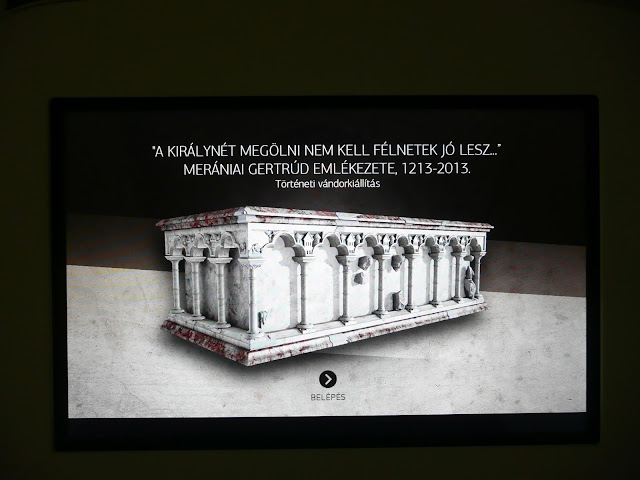 "In the Middle Ages queens were particularly suitable for considering them as instigators of evil, not only due to their gender but also due to their often foreign origin. If there was discontent against the government, often not the kings were blamed but the bad consultants and, in this respect, queens were believed the most influential above all. In addition, if some queens exceeded their charity role by their husbands and behaved as active, strong women, they frequently became scapegoats. Most of the accusations of tyranny and nepotism can be attributed to their usurpation of male roles."

There were very few events in the course of medieval Hungarian history before the Mongol invasion (1241/1242) that triggered such a big stir in the contemporary European historiography as the murder of Gertrude of (Andechs-) Merania, the first wife of King Andrew II (1205–1235) from the Arpad dynasty. In the light of the present state of research the story of this infamous assassination seems to be clarified, but on the other hand, it is rather still complex.

Gertrude was killed on the 28th of September 1213 in an aristocratic conspiracy, after being the Queen of Hungary for ten years. She came to Hungary as a member of an ambitious Bavarian princely family. Behind the unpopularity of this dominant royal wife in Hungary one might suppose the political headway and influence of the German courtiers in her environment (the usual entourage of a foreign royal consort) that weakened the power of the domestic dignitaries. As a consequence, some noble Hungarians – Reeve Peter the son of Turoy, Simon of the Kacsics clan, and Simon of the Bar-Kalan clan, the son-in-law of the former palatine Banc ban – taking advantage of the ruler's absence being on a campaign in Halychya (the historical Galicia on the territory of present day Ukraine and Poland) and attacked the queen and her retinue supposedly in the royal Pilis forests during a festive hunting. Gertrude was brutally murdered, while her brother Berthold, archbishop of Kalocsa (1207–1218) and a special guest, Leopold VI, Duke of Austria (1198–1230) could hardly escape. 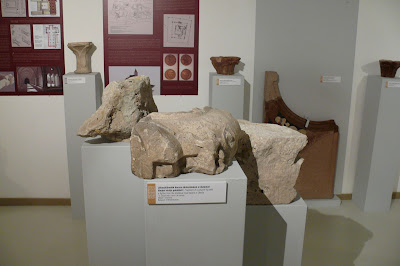 In the light of the contemporary sources, the real motives of this cruel act are unclear and contradictory. In addition, these motives were over-explained in the later Hungarian national history writing and romantic xenophobia. The accusation against Gertrude of helping the violation of Banc ban’s wife by her brother might be a few-decade later popular explanation of the events that was then carried on, while Gertrude’s responsibility for the inner courtly conflicts or the image of a weak-handed Andrew II must be re-evaluated and shaded.

The events can be reconstructed mostly on the basis of almost contemporary foreign chronicles and annals, royal donations charters granted to the queen’s favourites, as well as from the vindictive measures taken by Gertrude’s son, the later King Béla IV (1235–1270). Nevertheless, there remains an open question concerning the role of Palatine Banc ban and that of Archbishop John of Esztergom (1205–1223) famous for his ambiguous sentence also used in the title of the exhibition. As opposed to the story fixed in the later Hungarian chronicles (taken over through centuries also by foreign authors), the murderer was not Banc ban but the above-mentioned Reeve Peter the son of Turoy. However, the various sources gave the background and the details of the murder in very diverging ways, their data often contradict each other, and the different elements of the story were superposed on one another in the course of time. Some accounts apologetically defended the queen, while others did the same with the murderers stating that she was guilty.

The foreign-born Gertrude – shamed for the state of the country and thus made as scapegoat – due to the sources must have been a rather firm-handed queen consort. Consequently, her outsider figure easier attracted the wrath of the local nobility. If she had followed the "invisible, benevolent, religious wife model" of her sisters, Hedwig (later the patron saint of Silesia) or Agnes (queen of France) and her own saintly daughter, Elisabeth, she might have avoided her tragic fate. 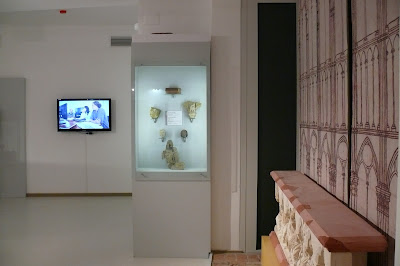 The early 13th-century event of Queen Gertrude’s murder was (already "falsely") narrated by several late medieval – early modern – Hungarian chroniclers, basically as the conflict between the queen and Banc ban who was entitled by the king to take care of the country in his absence during his military campaign. This later texts in Hungary already contained the charge against Gertrude helping to seduce the ban’s wife by her brother as the main motif of the murder. Nevertheless, due to the wide European circulation of some of these chronicles, especially the Chronicle of the Hungarians written by Antonio Bonfini, an Italian humanist in the court of King Matthias (1458–1490), the story – actually containing utilizable literary topoi elements – was recycled by Hans Sachs (1494–1576), the German shoemaker and master singer of Nuremberg as well as by George Lillo (1691–1739), the English goldsmith and playwright of London.

In the eye of the general Hungarian public the historical drama of the assassination was fixed and mostly influenced by the 19th-century drama written by József Katona (1791–1830) and the opera by Ferenc Erkel (1810–1893). Since both of these pieces were produced during the time of the Habsburgs’ rule over Hungary, the story of Banc ban became an emblematic national play with the "demonized" German-origin Queen Gertrude symbolizing foreign oppression on one side, and the murderer but also defender Banc ban as the national "hero" and patron of the suffering Hungarians on the other side. From this respect, it is interesting that an Austrian contemporary of Katona, Franz Grillparzer (1791–1872), who also treated Gertrud’s story, portrayed Banc as the symbol of loyalty to the king (to the Habsburgs). 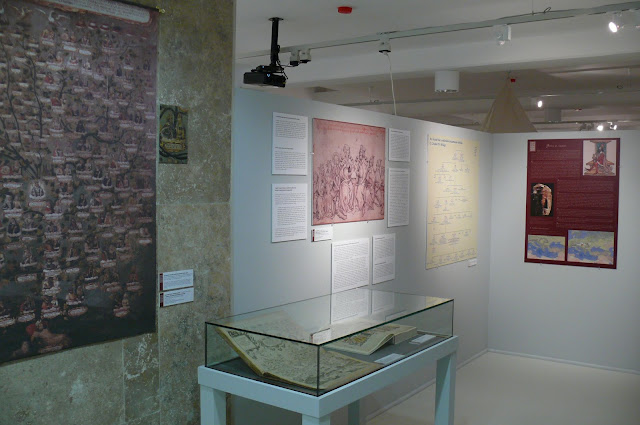 Parallel to her being the embodiment of a negative and "guilty" queen, Gertrude also had a much more neutral – if not "positive" – historical image. It was generated primarily along the widespread and popular cult of Saint Elisabeth as well as that of Saint Hedwig from the Middle Ages onwards, particularly on German and Polish territories. In this tradition Gertrude as a close relative of holy women – the sister of Hedwig, the mother of Elisabeth and the grandmother of the Blessed Gertrude, prelatess of Altenberg – appeared on late medieval panel paintings and was commemorated in family related psalters, necrologies and chronicles where the (in this light unjustified) murder was mentioned without any hint to causes and the background.

The 800th anniversary of Queen Gertrude’s death provides a proper occasion to introduce the queen, her Bavarian family background and the royal milieu of her stay in Hungary and display the variety and complexity of historical traditions around her figure. It also give an excellent opportunity to collect "under one roof" the otherwise usually separately existing historical, literary, theatre and cinematic traditions of this "famous/infamous" character of the Hungarian past. 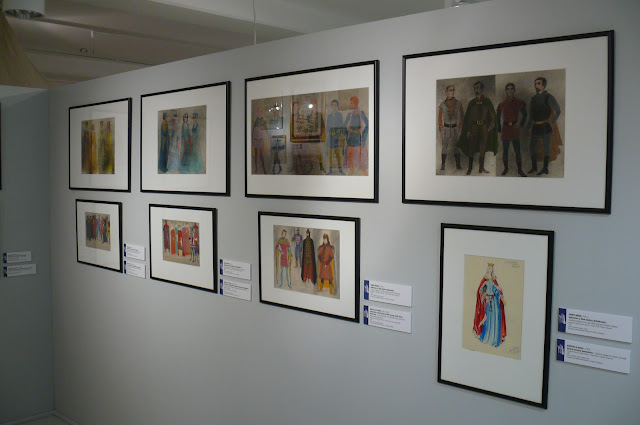